In the previous session the players formed their group by volunteering for a witch hunt, but the dying witch cursed them. As a result they were transported to the demi-plane of Barovia, ruled by the vampire Count Strahd von Zarovich, and the only way out is to kill the vampire.
This session starts with the players spending their first night in the village of Barovia. Gustav, Aëlis, and Bilros each eat a dream pastry before going to sleep, but Gustav resists the effect. Aëlis and Bilros fall asleep and have wonderful dreams, even getting some temporary hitpoints in the process. Gustav instead dreams of a sword, the blade of which appears to be pure sunlight, and decides to seek it out. (The sword is his hexblade patron.) Only Warryn didn't taste the dream pies, because he was very suspicious of the old lady who sold them, thinking that she is a witch.
The next morning the group sets out to accompany the daughter of the old Burgomaster of the village of Barovia, Ireena, to the town of Vallaki. Ireena was bitten once by Strahd, and wants to seek refuge at the church of St. Andral in Vallaki, further away from Castle Ravenloft. As this adventure has several opportunities to have NPCs joining the group, and I don't want to slow down combat, I decided that an NPC gives the aid action, advantage on one roll, to one random PC. But even that shortened version we ended up forgetting most rounds of combat.
Aëlis, having spent part of her childhood with the Vistani, had received a message from the Vistani to join them at their camp at Tser Pool, just outside of the village of Barovia. There the group meets the leader of that Vistani camp, Madame Eva, a fortune teller. She knows details about every member of the group, and offers to help them with a fortune telling. This is a classic part of the adventure since the first version in 1983: There is a real random element here. The location of three important artifacts, the identity of an ally, and the location of Strahd in the castle are determined by the cards, and will be different for every group playing the adventure. However, as discussed in a previous post, I did the random drawing before the session, to make sure that the locations fit with my idea of what I wanted to do in this campaign.
So the fortune telling gives the group the following information:
Now Gustav, who is a von Zarovich, has a book in which since he arrived in Barovia, a simple map of the land has appeared. 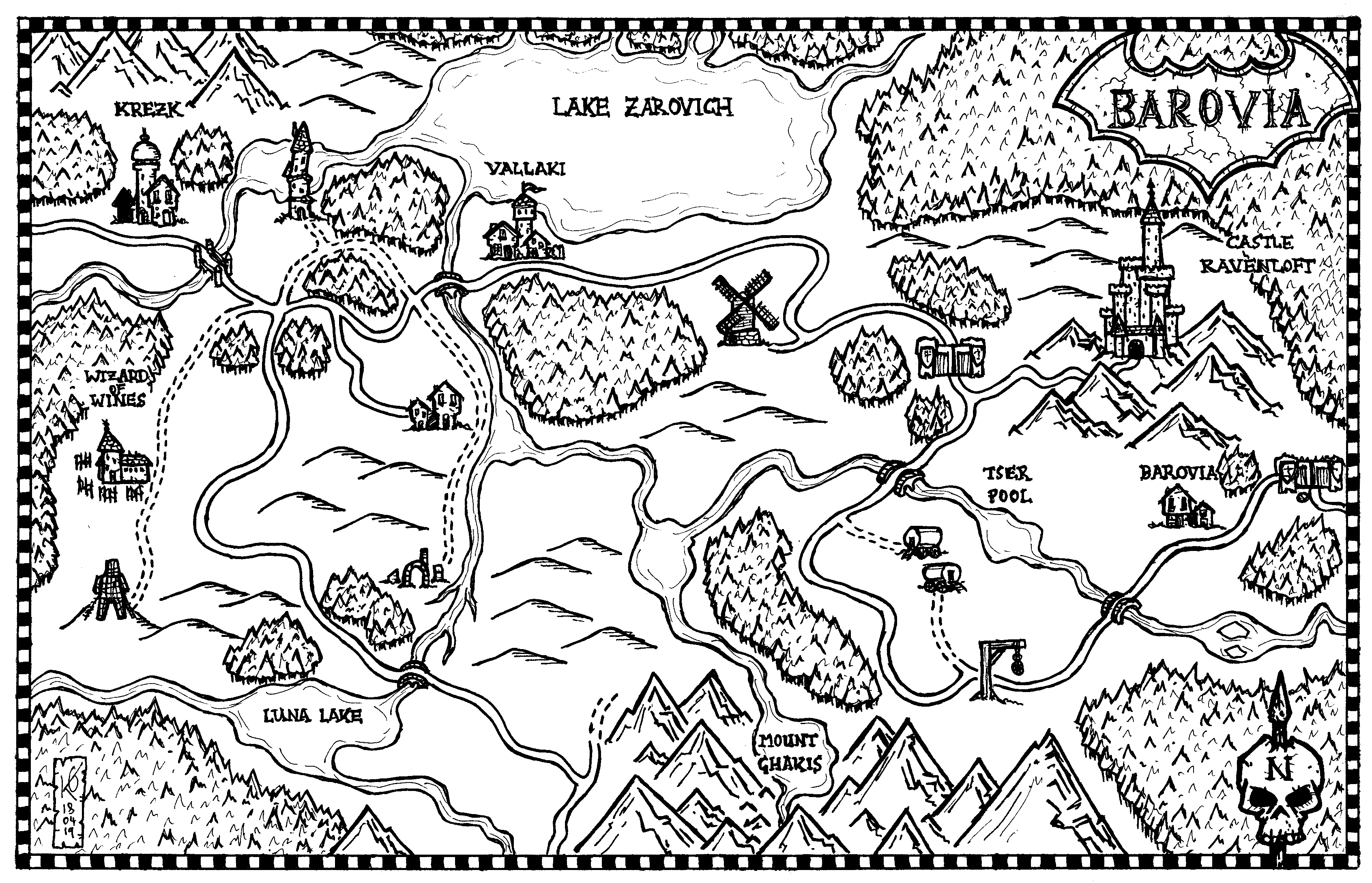